The story of our love for great smiles begins in an unlikely place: two brothers playing video games.

One evening in 1993, an epic round of Street Fighter amidst sibling rivalry, ended in a surprising upset. A 7 year old had just soundly defeated his 12 year old brother at his own video game! A hurt teen ego led to a smack on the back of the little boy’s head, harder than anticipated, with the front of the head making a bee-line for the corner of the coffee table. Tooth met wood, then shattered, painfully exposing a nerve.

Shame and shock led to the older brother’s guilt, promising gifts for years to come if the little one could just never smile again, so their parents don’t find out.

As you can guess, the promise didn’t last.

This, perhaps, is a story more common than most siblings would admit.

The brothers didn’t come from a wealthy family, lacking access to a trained dentist, there was no quick tooth repair. The tooth remained broken, and the younger boy hid his fractured smile for years

Little did these brothers know that this story would lead to the founding of this clinic. 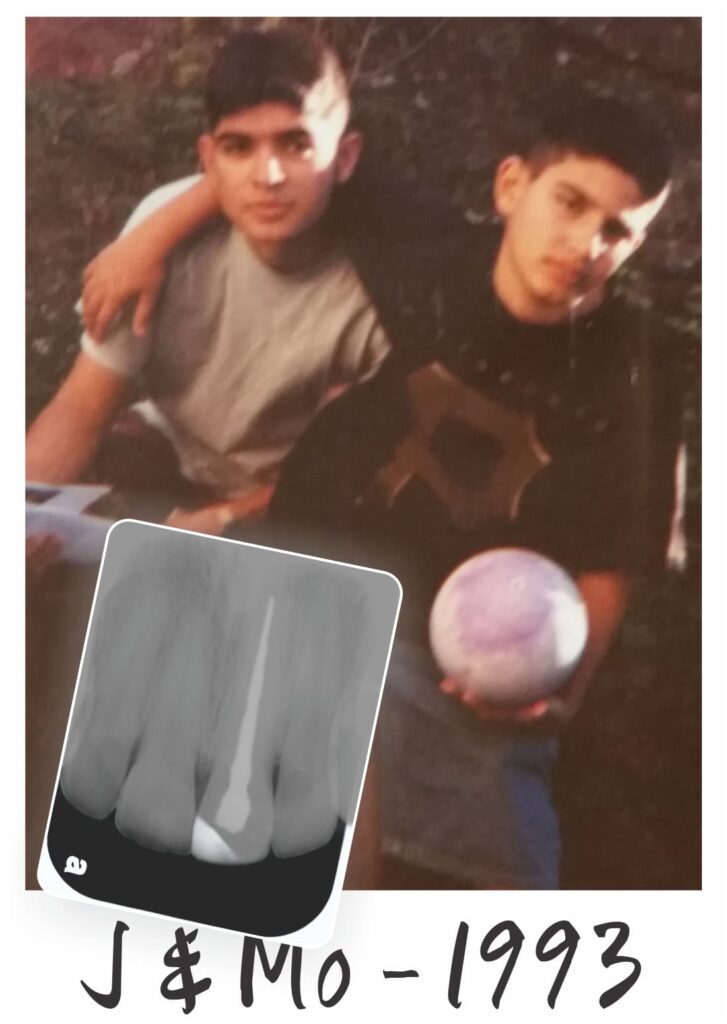 The remorseful big brother wanted to see his brother smile with confidence again. From that moment in 1993 and through his years of schooling and training, he remained focused until his craft gave him the opportunity to not only bring back his brother’s smile, but to enhance it.

Brush n Brace is more than a dental office. It’s a unique space, improving the lives of future adults through the life changing power of the smile.

Click here to schedule a dental & orthodontic appointment for your teenager at our awesome office!

There are a lot of interesting topics on braces, how to find a good dentist and much more.
If you can’t find what you’re looking for, you can submit your question here to Dr J.

At our Brush n Brace office we specialize in providing high quality dental & orthodontics for teenagers. In an environment geared for their specific needs!